Use of pressurized air to create an aerobic environment for better cell function and overall health. Aids in detoxification through creating an environment where bacteria, fungus, and viruses can’t thrive. 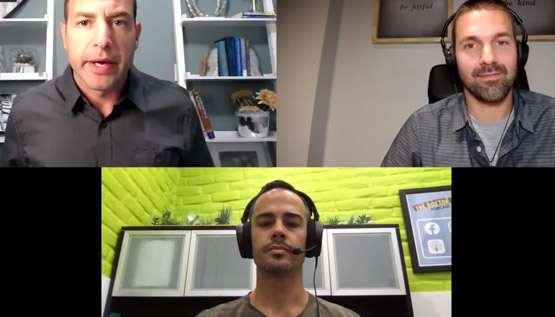 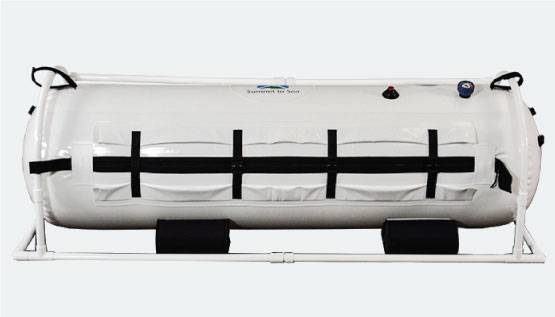 Understanding Oxygen as a Nutrient

Most of us, barring a chronic lung condition should be walking around with an Oxygen saturation in our red blood cells between 97-99%.  This means that Oxygen should be effectively distributed to every cell in our body attached to our hemoglobin in a healthy cardiovascular system (Learn how to improve this with the Bemerhere(link to Bemer section)).  This can be measured very simply using a finger sensor device called a pulse oximeter.  For someone with Asthma, COPD or other more serious lung conditions that level will drop and in some below 90%.

Cellular energy, which can be defined as our cells ability to perform any activity necessary to survive and thrive is dependent on Oxygen.  Oxygen is needed to make ATP (the currency of energy in our bodies), fight infections, trigger antioxidant production, detoxify, regulate immune function, heal tissue etc.  Basically, it’s needed for survival and we wouldn’t be here on this planet without the trees supplying this amazing nutrient for us.  This obviously stirs a global conversation around the impact/footprint we are putting on Mother Earth.

Our Atompheric concentration of Oxygen is around 21% of the gases.  Thousands of years ago, fossils are showing Oxygen bubbles that have concentrations around 30%.  This suggests that over time there has been declining levels which should cause us to pause and look at what we’re doing to the forests on our earth.   In some cities and toxic environments, as a result of pollution these numbers may be as low as 12-17%.  Consider this, life ceases to exist at 6-7% oxygen.

The Effect of Pressure

When we go from sea level to the top of a mountain, the concentration of oxygen is still at around 21%.  The difference being a mountaintop is a low pressure environment.  The low pressure effect we experience is shortness of breath and quicker to fatigue.  Basically, we can’t take in as much oxygen because the air isn’t as dense as it was at sea level.  With enough time in this environment our body’s adaptation is to build more red blood cells in order to provide sufficient oxygen to the increase demand.  This is why athletes choose to train in these environments in order to give a natural boost when coming back down to a sea level pressure environment.

The opposite effect is created when visiting places like the Dead Sea, which has long been known as a deeply healing place for it’s amazing water qualities.  It also happens to be the lowest point on the earth at 400m below sea level.  The oxygen concentration here is still at 21% but with more dense air and high atmospheric pressure.  This high pressure saturates your hemoglobin as well as the surrounding plasma and eventually pushes it deeper into your body-places that don’t regularly get a therapeutic dose.  As a result of this pressure change, oxygen can now be delivered to areas of the body that are hypoxic.

Hypoxia and Inflammation as an underlying disease process

The hallmark of almost every chronic illness from Irritable bowel disease, Cancer, Lung disease, Cardiovascular disease, Autoimmune, Diabetes etc includes inflammation and hypoxia.  Acute Inflammation is stimulus to the immune system of the body to repair.  This localized swelling causes increased pressure and releases a molecule called HIF (hypoxia inducible factor) which triggers angiogenesis (new vessel growth) to increase the ability to heal via more delivery routes for resolution.  Chronic inflammation on the other hand doesn’t move into the resolution phase for multiple reasons.

The three basic principles to resolve inflammation include: 1) an unobstructed, free flowing highway 2) Sufficient levels of the nutrient of choice 3) Correct Signalling of the immune system for healing and resolution.

Though a trip to the Dead Sea would be lovely, one can offer a similar environment without the plane ride and crossing the Atlantic (depending on the departure city).  Mild Hyperbaric is a similar pressure effect to diving 8-9 ft underwater.  You will notice a change in pressure in the Eustachian tubes of the ears as your body acclimatizes to the increased pressure.  Once you hit the targeted pressure you are able to sit back and relax in this environment while your body goes to work on this increased delivery of nutrients to hypoxic/inflammed tissues of the body.

As our body’s are being bombarded with the myriad of modern day stressors, we need

it makes sense to expose ourselves to environments that improve the uptake of oxygen into our cells.