HAVE YOU CLIMBED YOUR MOUNTAIN TODAY? AND…”THE FORCE WILL ALWAYS BE WITH YOU” 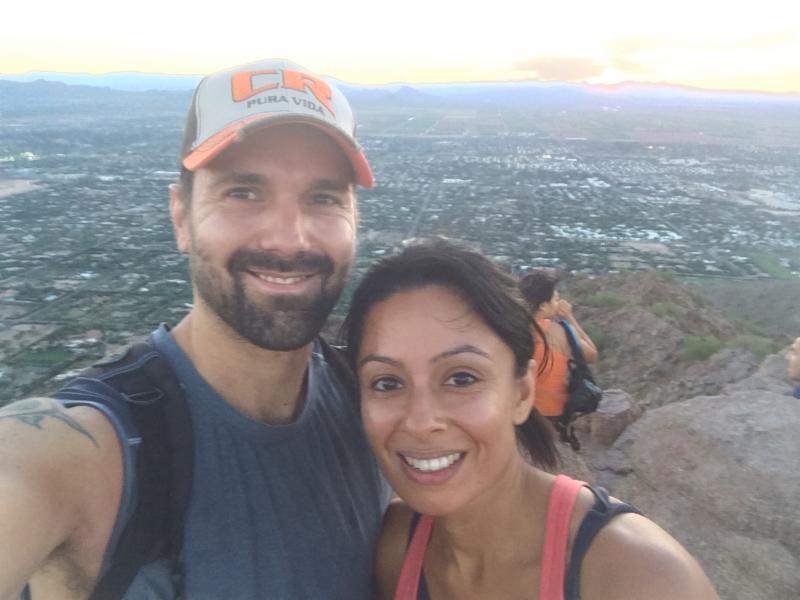 Most of the Women I see in my practice get some sort of a meditation in their treatment plan. Most are receptive and some are resistant because they think they can’t do it right or are afraid of the thoughts and feelings that come up. For those I recommend meditation through movement, whether it be dancing, hiking, or running, or anything that brings their awareness from their minds back into their bodies.
Last week while in Arizona, Nick and I climbed up the camel back mountain and what I noticed was that even though we have hiked all around the world, that particular hike wasn’t like any other. I was more aware of how the hike was helping me move through things I had been storing for a long time and it allowed me to see how my patterns were influencing how I relate the the world around me.
As with any adventure and especially an uphill hike involving scaling rocks, the mind goes on its own adventure of criticism, judgements, and impatience. For the mind it’s not about the journey it’s about getting to the destination as fast you as you can. 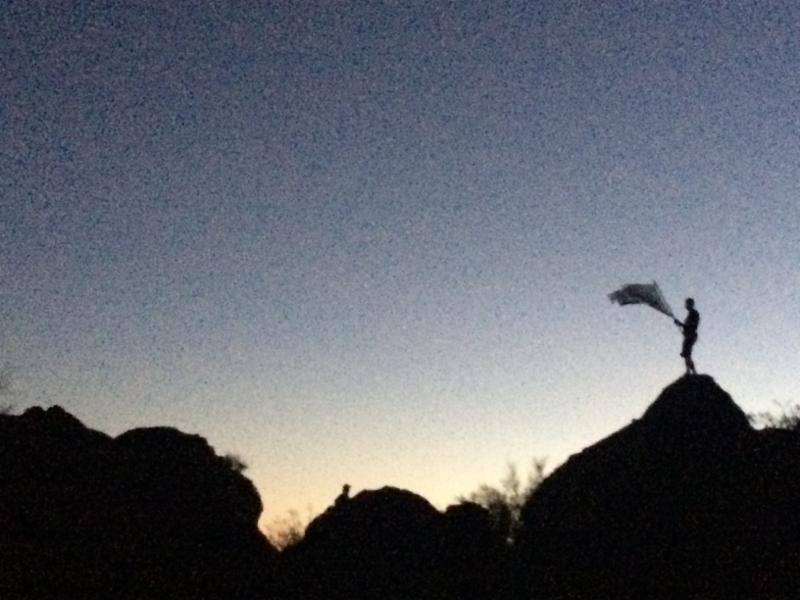 For those that know me well know I can have a bit of a competitive edge when it comes to the physical body. What was different for me on this hike was my steadiness and focus with each step I took rather than an urgency to get to the top. So what created that change for me? Daily yoga? Meditation? Knowing who I am and my purpose? We have all heard the phrase, “it’s the journey and not the destination that counts”, and last week was my direct experience of what that actually means. 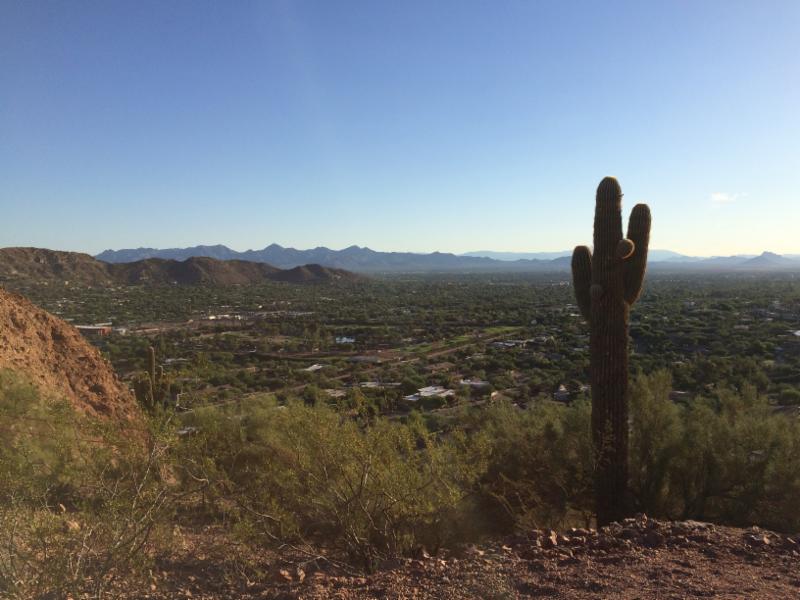 Along my journey up the mountain I had thoughts and feelings of fear, death, inadequacy, and all those wonderful things that show up in meditation. However, this time with every steady step there was another voice confirming for me that I was on the right path. There were several paths to choose from, ones where I could follow Nick or others, or paths that I would have to try on my own. The thing that kept me steady was my breath, my life force, and as my oldest son says to the youngest, “the force will always be with you”, by pausing and taking a breath I always knew what needed to be done and with that knowing my fear shifted to excitement about the upcoming challenges the climb would bring. 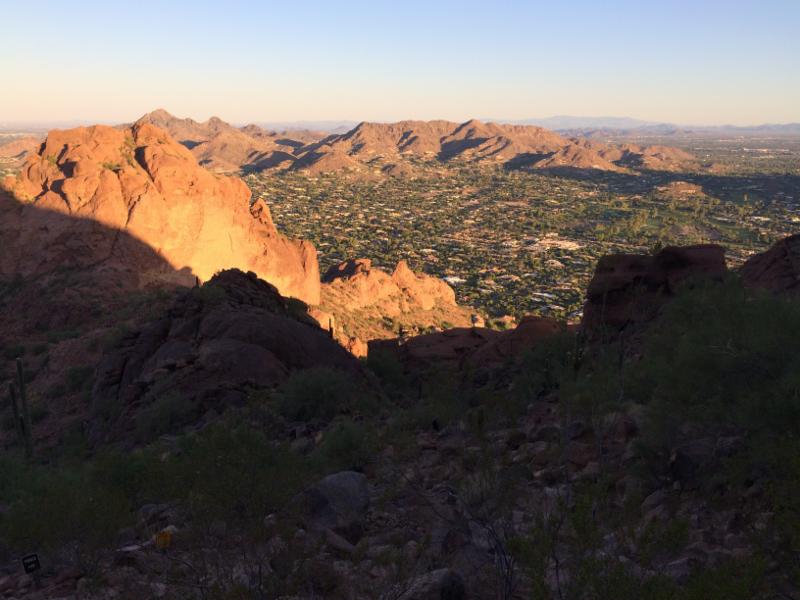 So lesson 1: Pause and Breathe!

As we reached the top I had a sense of accomplishment mixed with contentment. I was able to soak in the view, acknowledge that the hard work payed off and was ready for the next journey, as one comes to completion another one begins, it was time to go back down.
Some of you may know that my experience in Haiti has left me with a bit of PTSD when it comes to going down steep mountains. However, that day was different. I actually allowed myself to feel the fear, I acknowledged that it’s there and gave myself permission to learn from it. 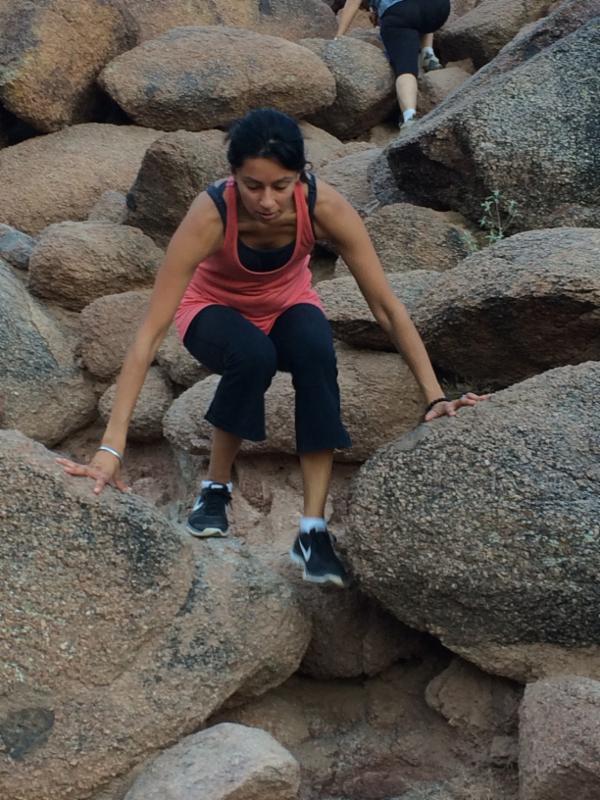 As I made my way down I was more present because of that fear and through that presence i was tuned into my intuition which allowed me to learn more about myself and us women and our patterns.

Lesson #2: Thank the patterns and thoughts and use them to bring out YOUR strengths

I noticed the language we default to, to allow those around us to feel comfortable with the path WE have chosen. As I was slowly, very slowly, making my way down there were certain paths I had to take, however as I was descending there were other hikers making their way up and down that same path. During the pauses to see which path was best for me it occurred to me that it would momentarily make someone else uncomfortable. I had to disrupt them so I could do what I needed to for myself. What I noticed was that I started apologizing even though I knew that path was the best one for me. It wasn’t until a man said, “Don’t be sorry, you’re doing great. You just gave me an opportunity to rest”.
Why is it that we apologize or feel bad about who we are? That one interaction shifted everything for me. I became more confident with every step I took, and as I continuously heard other women around me saying sorry over and over again I hoped that they too would see how amazing they really are.

Lesson #3: DO NOT apologize for being YOU 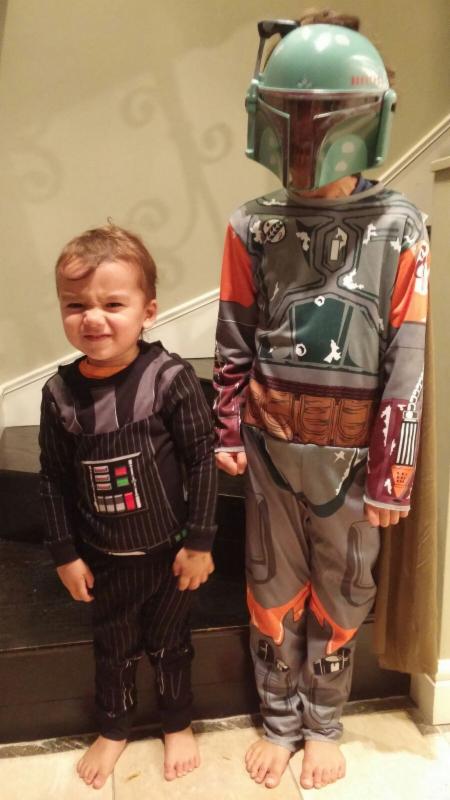 “Soryn, you don’t have to be scared of anything, let me tell you…The force will always be with you”-Kaiyn Jensen
So let’s be thankful for all the mountains life puts in our path (including the above “Darth Vader and Bobba Phett” )and instead of focusing on the hard climb up, think about all the gems you will find along the way!
Join us on the evening of the 27th and learn the tools you need to climb those mountains!